The Mahanandi Temple is 16km from Nandyal and about 280km south of Hyderabad. It is an ancient temple dedicated to Lord Siva. The linga is unique—a rough, uncut rock with two cavities. The priests allow you to touch the linga. There is a huge Nandi in front of the main shrine. Many people include this temple in a visit to Srisailam.

This temple is unique for South India because the vimana (tower) over the linga is built in the North Indian style. The temple’s main gate faces west. There is a tank here which is always 1.5m (5 ft) deep. The mystery is that no one knows how the water enters the tank—only that it is always the same level and crystal clear.

The nearest railway station is in Nandyal which is well connected to Dronachalam and Guntur. 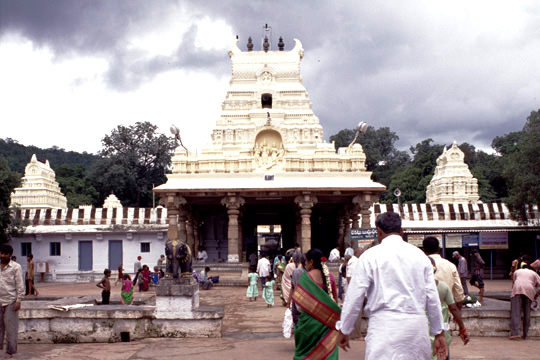 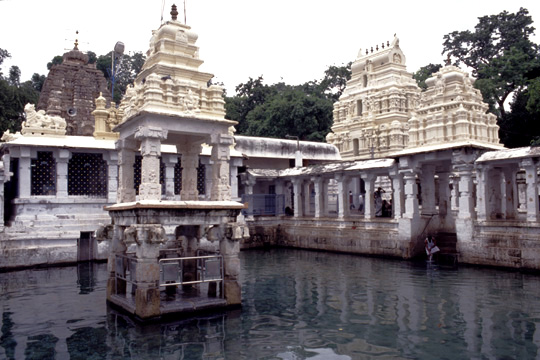 Crystal Clear Water- Throughout the year! 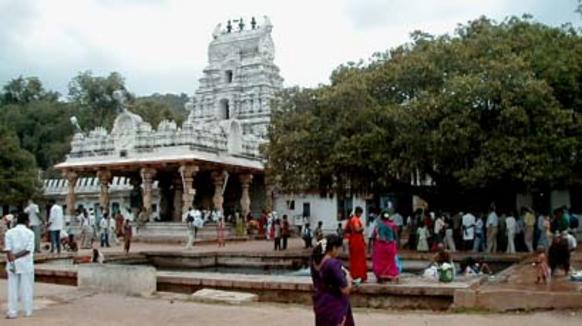 Small ponds at the entrance of the Temple.

Mahanandi (Telugu: మహానంది) is a village located east of the Nallamala Hills near Nandyal, Kurnool District, Andhra Pradesh, India. It is a picturesque village surrounded by thick forests. Within 15 km of Mahanandi, there are nine Nandi shrines known as Nava nandulu. Mahanandi is one of the Nava Nandis. The Mahanandiswara Swamy Temple, an important shrine, is located here. This ancient temple dates back over 1,500 years. The inscriptions of 10th century tablets speak of the temple being repaired and rebuilt several times. These nine temples are Mahanandi, Shivanandi, Vinayakanandi, Somanandi, Prathamanandi, Garudanandi, Suryanandi, Krishnanandi (also called Vishnunandi) and Naganandi. A festival is held here annually during February and March to celebrate Maha Shivaratri, the Great Night of Shiva. Mahanandi is about 21 km from Nandyal. The nearest airport is at Hyderabad, which is about 215 km from Kurnool, and the nearest railway station is at Nandyal. There are 2 routes to reach Mahanandi from Nandyal town. One route via Thimmapuram and is the shortest, around 17 km from bus stand. Another route, via giddalur road you need to take left diversion at Boyalakuntla cross and it will be around 24 km distance from nandyal. 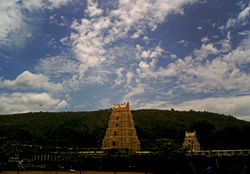 The temple is famous for its fresh water pools, called Kalyani or Pushkarni. The architecture of the pools and temple shows the skill of the Vishwakarma Brahmins. The main temple is surrounded by three pools: two small pools at the entrance and one big pool inside the temple itself. This holy tank is 60 square feet (5.6 m2) with an outdoor pavilion called a mandapa in the centre. The inlets and outlets of the tank are arranged so that the depth of the water is constantly kept at five feet, thus enabling pilgrims to bathe in the holy waters. Bathing in the inside big pool is prohibited after 5 PM every day. A peculiarity of the water source is that it has a constant flow irrespective of the change of seasons. The water source originates at the Garbhagruha (inner shrine) just below Swayambhu Linga. One can touch the water near the Shiva Linga (symbol of Shiva). The devotees can offer prayers and touch the Shiva Linga. This is unusual, because traditionally at temples, the main deity is kept away from the touch of the devotees. The water is famous for its crystalline and healing qualities and is ever tepid. The outgoing water irrigates 2,000 acres (8.1 km2) of fertile land surrounding the village. The surrounding areas are under production with rice fields, fruit, vegetable and flower gardens.The temple is well known for the konneru. The water during the winter season will be very hot and vice versa during the summer. During the early mornings, you can feel the water luke warm and water gets cooled gradually with the rise in temperature.

The world famous 1500 years ancient Mahanandishwara Temple (Mahanandi temple in short) is situated in Mahanandi village. Mahanandi is at a distance of around 19 km from the Nandyal town in Kurnool district. The deity in this temple is Lord Shiva.

The temple is famous for its stunning architecture and for many rituals that are held during the auspicious day of Maha Shivaratri. The Mahanandi village is surrounded by the famous Nallamala Hills towards the east and the thick dense forests offer a stunning experience to the pilgrims.

In the olden days there are four important routes to Srisailam which passes thick forests. Among these routes two routes are from the right side of the river Krishna and other two are from its left side. These routes are named as – Sikhareswaram Route, Bheemunikolanu Route, Neeliganga Route, Jatararevu Route.

The Sikhreswaram route was used by the piligrims coming from costal Andhra. In this route they first visit the temple of Tripuranthakam which is the Eastern Gate way of Srisailam. At present Tripuranthakam is in Prakasam district and is of about 92 KM from Srisailam in Guntur – Srisailam road. After Tripuranthakam , they passes through Yerragondapalem, Venkatadripalem, Ganjivaripalli, Duddanala nagaru and Telagarayanicheruvu by bullock carts. From there they reach Chintala, a small tribal village on foot and then to sikhareswaram and reach to Srisailam through a path way covered with slabs.

There is a common belief is in vogue that this Holy Kshetram exists from time immemorial. The prominence of this Divya Kshetram is highlighted by the fact that while performing our daily household rituals we specify place and location of our existence with reference to Srisailam. According to Agni Puranam, in the Krithayuga the Demon King Hiranyakasyapa did penance at the Kshetram and worshipped God Mallikarjuna Swamy. This Kshetram was his Puja Mandiram and Ahobila Kshetram which is about 220 K.M. from Srisailam was his Sabha Mandapam. The Skanda Purana proclaims that in the Trethayuga Lord Sri Rama with Seetha Devi during their banish has visited this Kshetram and consecrated Sahasra Lingas (One thousand Lingas) here. 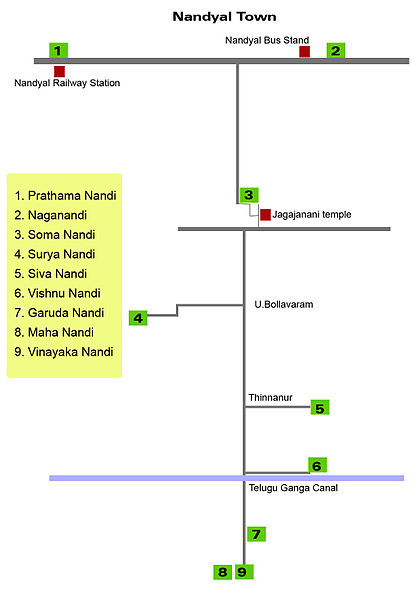 Garuda Nandi [Present in western side of Mahanandi temple] 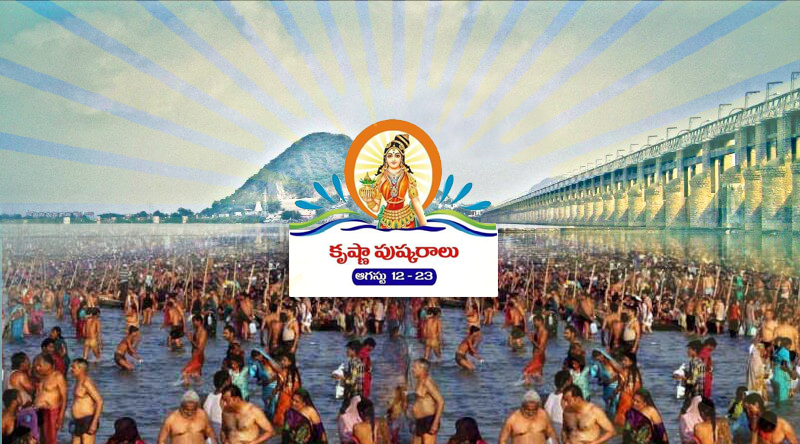